Supplements that Improve Cognitive Function: A Strong Mind for a Strong Body 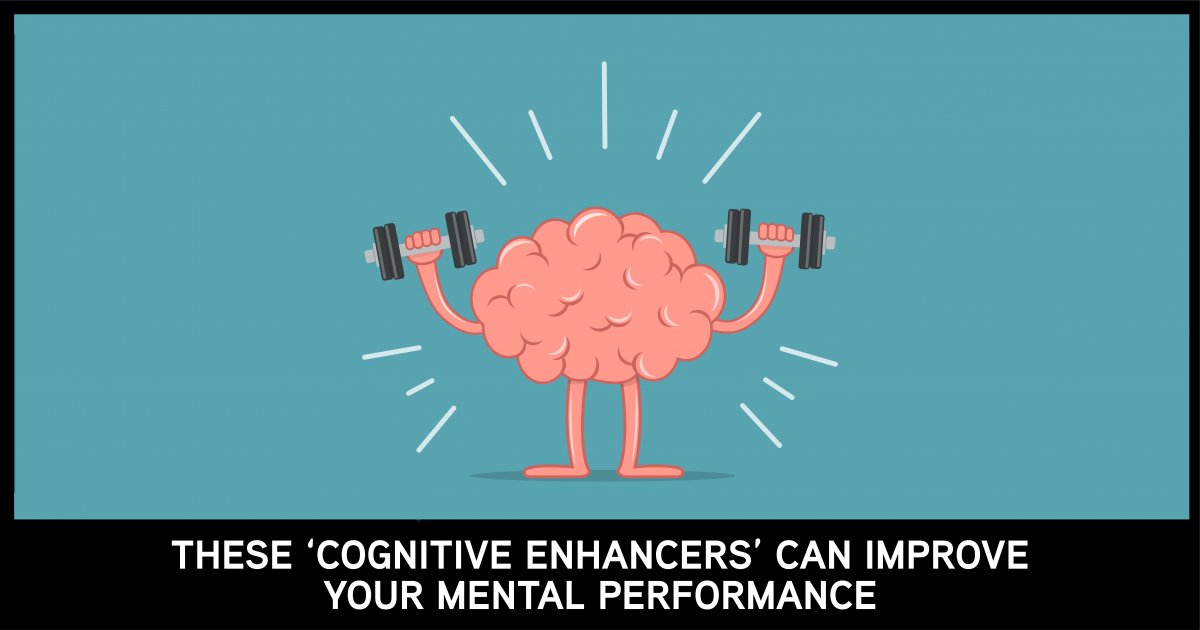 While certain supplements have been scientifically proven to help you achieve your physique and fitness goals, there is increased attention on how dietary supplements can improve your mental performance.

Nootropics is the area of sports nutrition that includes supplements that are ingested primarily for their effects on the brain.

Nootropics may improve your exercise performance, but these ‘cognitive enhancers’ are also known for their positive effects on mental performance, including:

Think of these supplements as beefing up the brain!

The human brain is estimated to synthesize 60,000-80,000 thoughts in a single day! It is the processing unit of the brain that controls the body, so it performs an astounding amount of important work every single second of every day.

It’s surprisingly easy to focus on our bodies and overlook our brains, but many students and professionals with challenging careers could reap the benefits of a stronger brain.  An improvement in cognitive function could also serve as the extra push that is needed to stay motivated during an early-morning workout or to stay focused on your training after a stressful day on the job.

If you’ve ever had a pre-workout supplement (or even a cup of coffee) before you head to the gym, you know the positive impact caffeine can have on your focus and energy levels. While caffeine is probably the most well-known nootropic, it is just one ingredient in this exciting category. There are numerous new supplements that are being investigated for their effects on optimizing brain power, but there are also some well-known supplements that you may already be ingesting that also have cognitive performance capabilities. This article will look at three of these more well-known supplements.

Creatine is a nootropic?  Yes! If you’re currently taking creatine to improve muscle mass and strength, you may be pleasantly surprised that it also has major brain-boosting power. Creatine supplementation increases the amount of creatine in the brain [1]. This is important because, as one study reported, elevated levels of creatine led to increased oxygen use in the brain which was associated with a reduction in mental fatigue when subjects performed a series of mathematical calculations [2].

Since mental fatigue can also lead to feeling physically tired, this finding could have direct application to helping with physical training after a mentally stressful day or during a stressful time in life. Another study supporting the positive effects of creatine on the brain found that creatine supplementation aided working (short-term) memory, choice reaction time, balance, and mood state [3].  Typical creatine doses are five grams per day.

Do you consume pre-workout energy drinks?  If so, you are likely increasing your tyrosine intake as it is a very common ingredient in many energy drinks. One of the functions of tyrosine is to act as a building block for neurotransmitters—molecules that deliver signals through the brain and body—specifically dopamine, epinephrine, and norepinephrine.  Tyrosine leads to increases in dopamine levels in the brain [4].  Dopamine plays a role in memory, mood, pleasure, attention, cognition, and other functions.  Supplementation with tyrosine has produced positive effects on alertness, memory, and mood—especially on participants under states of stress and sleep deprivation [5].

In an experiment to determine how tyrosine helps brain function, researchers found that tyrosine aided in the subjects’ ability to switch between two tasks, a quality known as cognitive flexibility [6].  An experiment conducted on military cadets intended to mock ‘real-life’ stress scenarios found that tyrosine aided in perceptual-motor skills and memory [7].  Ability to switch between tasks is a necessary skill when you’re trying to juggle multiple things at once and motor skills are needed throughout the day, especially during a workout. In research studies in which tyrosine was shown to improve mental performance, two grams was the effective dose.

The positive effects of fish oil supplementation on physique are well-known.  Supplementation with fish oil, specifically the omega 3 fatty acids eicosapentaenoic acid (EPA) and docosahexaenoic acid (DHA), can increase lean body mass and decrease fat mass through a combination of mechanisms [8].  Fish oil has been found to aid in performance of attention-demanding tasks and to increase the activity of the dorsolateral prefrontal cortex (an area of the brain that functions in short-term memory, cognitive flexibility, planning, and abstract reasoning) [9]. 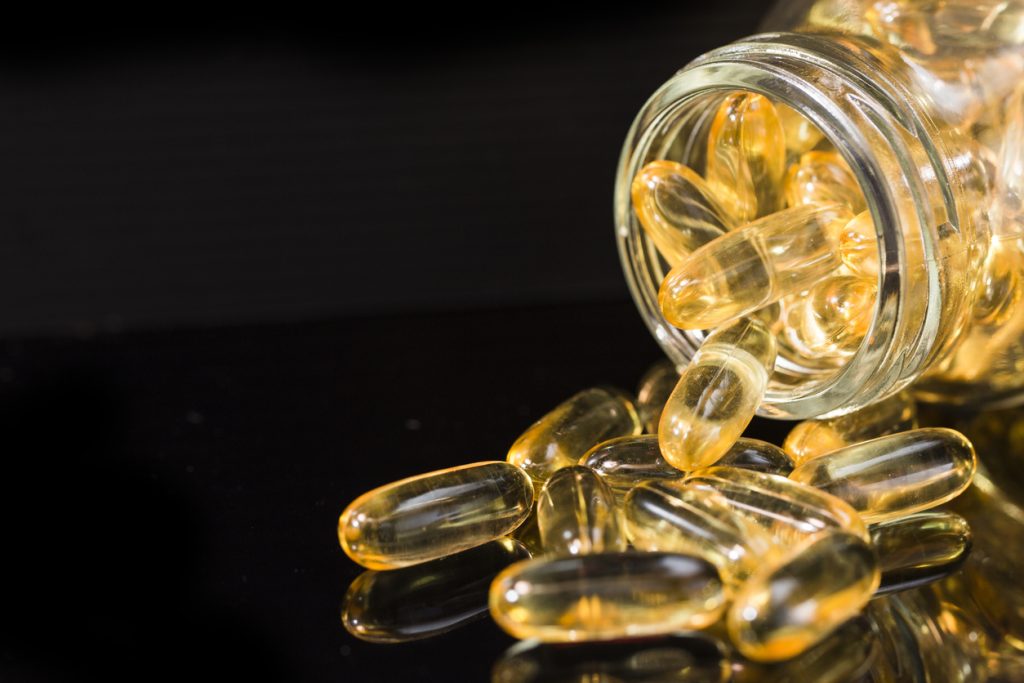 One study conducted on healthy adults found that fish oil led to improvement on tests of reaction time while also leading to feelings of increased vigor (physical and/or mental strength) and decreased feelings of anxiety, anger, and depression [10].  An additional quality of fish oil is that it has been shown to lead to a reduction in the stress hormone cortisol [8].

Cortisol is a hormone produced from psychological stress, so it does make sense that fish oil supplementation would lead to a reduction in mental stress [11].  The typical Western diet does not include enough DHA and EPA, but supplementation with fish oil can help correct this deficiency and the cognitive impairment that can occur from it.

There are not universal recommendations for daily fish oil intakes. However, one thing that is agreed upon is the importance of getting EPA and DHA (the two most important types of essential fatty acids). The Academy of Nutrition and Dietetics recommends an intake of 500mg of EPA and DHA per day (250mg of each).

Fortunately, you may be realizing the benefits of boosting your brain power from three very common dietary supplements.

The science of nootropics is an emerging field, and specific supplements have been shown to improve cognition, focus, mood, and lighten occasional stress. If you are having one of those days where you’re feeling more tired than usual, you are struggling with the mentally demanding aspects of your job, or you just don’t feel like starting your workout, consider this new class of cognitive enhancers to give you a cognitive boost!