The Post-Workout Nutrition to Optimize Your Workout 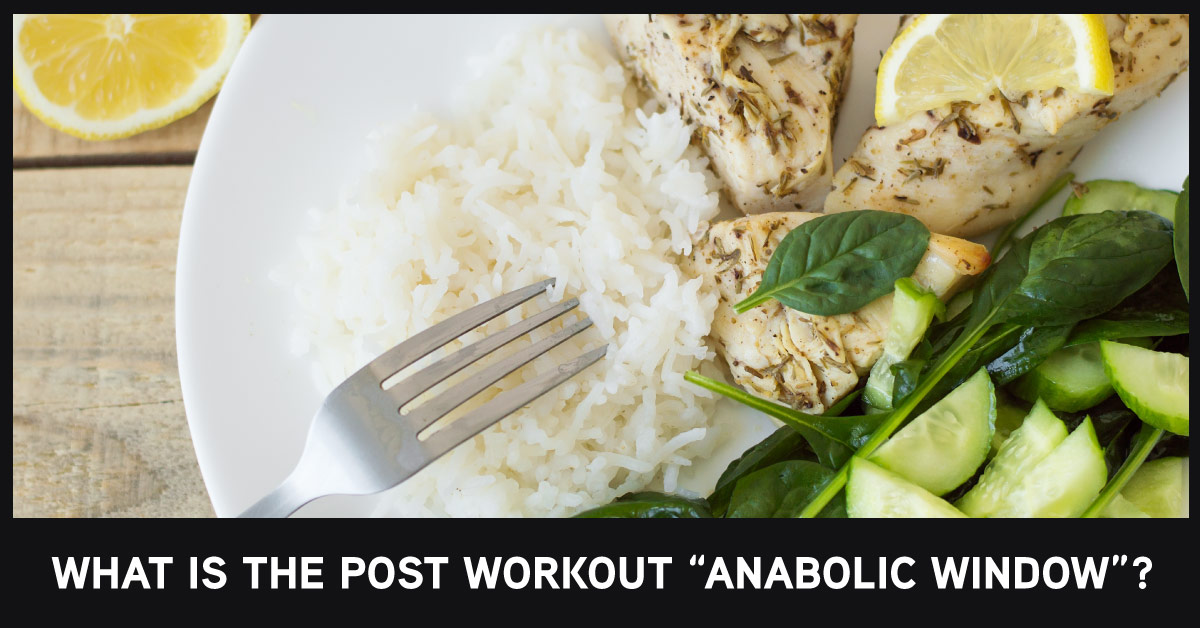 Post-workout nutrition is glorified in the media—and for good reason.

It’s a great time to take advantage of the period where the body is most sensitive to nutrients that can help maximize the anabolic response and replenish stored carb energy (glycogen) that was depleted while training.

While the most important thing that will determine whether you meet your body composition goals will always be hitting your total macros for the day, failing to take advantage of the post-workout window is a bit like cashing a check and only taking part of the money.

When looking for maximum gains, you would want to do everything in your power to reap the full benefit of your workout.

The image of someone chugging a protein shake embodies everything we’ve come to think about post-workout nutrition. You’ve been hitting the weights hard, and are not about to let even a fraction of that effort go to waste! Resistance training puts mechanical and metabolic stress on your muscle that in turn activates pathways that stimulate muscle synthesis, but when working with the anabolic effect of protein consumption, the overall muscle building effect is further boosted.

Eating protein acts as a temporary switch to turn on muscle synthesis, with this switch being turned off an hour and a half after eating. Resistance training and protein intake work hand in hand. Alone, both can stimulate mTOR (the primary pathway responsible for anabolism). But by giving your body protein, you’re giving your body the raw materials it needs to build and remodel muscle. If you want to get the most out of your training, make sure you get enough protein after your workout and throughout the day!

So it’s pretty clear that you must consume protein to get the most out of your workouts, but how much do you really need to maximize muscle synthesis? The answer lies along the same lines as the amount of protein that is needed pre-workout to prime you for growth and optimize anabolism. Really, the key here is ensuring that you’re getting enough protein to provide an effective dose of leucine. Leucine is the primary amino acid responsible for triggering muscle synthesis, and the amount of leucine varies between protein sources.

For a 200 pound person, 3 grams of leucine is needed to maximize muscle synthesis. This much leucine could be found in about 30-40 grams of most protein sources (think eggs, beef, chicken, etc.), but you would only need 28 grams of whey protein to get the same effect. Studies show that whey protein is superior to other sources of protein for maximally triggering muscle protein synthesis post-workout, not only because of its high leucine content but also because of the speed at which it is absorbed. These amino acids are rapidly absorbed and flood the bloodstream, serving as an even stronger signal for muscle building.

Old school gym bros used to preach that you needed a large dose of simple carbohydrates immediately after a workout to spike the hormone insulin, which would, in turn, lead to enhanced gains. However, like most things you hear from the standard issue gym bro, this isn’t correct.

Carbohydrates in and of themselves are NOT anabolic. Also, protein by itself raises insulin enough to nearly maximize insulin-related gains. If you truly wanted to “scrape the bowl” to get every last little bit of insulin related to the anabolic response, you would only need about a 30 gram dose of carbohydrates along with your protein.

While protein is by far the most important nutrient for stimulating muscle synthesis, carbs are king when it comes to replacing glycogen stores used up during training. This is the most important reason to include carbs in your post workout eating regimen—with two caveats: Your workout must have been long and intense enough to burn through a significant amount of

If you’re only training one time per day, a 24-hour eating window leaves your body with plenty enough time to fully replenish depleted glycogen stores. However, if you’re looking to maximize performance during multiple bouts of intense exercise throughout a single day, you’re going to want to get the most out of your post-workout carbs.

“If you’re only training one time per day, a 24 hour eating window leaves your body with plenty enough time to fully replenish depleted glycogen stores.”

After training, your muscle is like a sponge. It’s hungry to soak up carb fuel so it can top off its glycogen tank. Research shows a heightened ability to quickly replace glycogen stores immediately after a workout, with sensitivity gradually declining over a two-hour period and leveling out after.

Another reason to eat carbs post-workout (as well as during the pre-workout period) is that this is the time where the body can tolerate carbs the most and can make immediate use of them. Therefore, around 20-35% of total daily carb intake should be reserved for each the pre- and post-workout meals.

The good news for those who don’t tolerate carbs particularly well or who are eating low calories and don’t have a lot of carbs to work with is that it doesn’t matter much for harnessing optimal anabolism post-workout. Science shows that guzzling down that sugary post-workout carb concoction just isn’t necessary.

As opposed to protein and carbs, fat should be limited directly after training. This is because fat slows a process called “gastric emptying” which in turn reduces the rate that nutrients reach the blood. While this can be advantageous at other times of the day due to a resulting long-lasting feeling of fullness, it’s bad news immediately after a workout. You want nutrients to flood the bloodstream for a quick delivery to the muscle and anything that gets in the way of this is not doing the anabolic response any favors.

Because fat doesn’t contribute to anabolism or replace the vital role of workout fuel held by carbs, it’s best to be saved for meals at other times of the day. Also, with the majority of your daily carb intake on workout days revolving around the exercise period, saving fats for your later meals will keep you feeling full and satisfied.

You may be thinking that you have a limited time to gobble up your post-workout meal… otherwise, all the nutrients will be completely wasted. This idea is not only overly dramatic, but it is also wildly over-simplified. Post-workout nutrition is important, but missing the 30-minute post-workout window is not going to cancel out your progress.

“Missing the 30 minute post-workout window is not going to cancel out your progress.”

Remember, hitting your total macronutrient targets throughout the day is the most important factor in achieving your body composition goal. While there are definite benefits to taking advantage of the post-workout “anabolic window”, that window doesn’t magically slam shut after 30 minutes. In reality, it peaks at during the first hour after your workout and gradually declines over a 24 hour period after training. Try to get a meal in within 30-45 after completing your workout, but don’t freak out if you can’t get it in until a little later.