How Quickly Can You Gain Muscle Naturally? 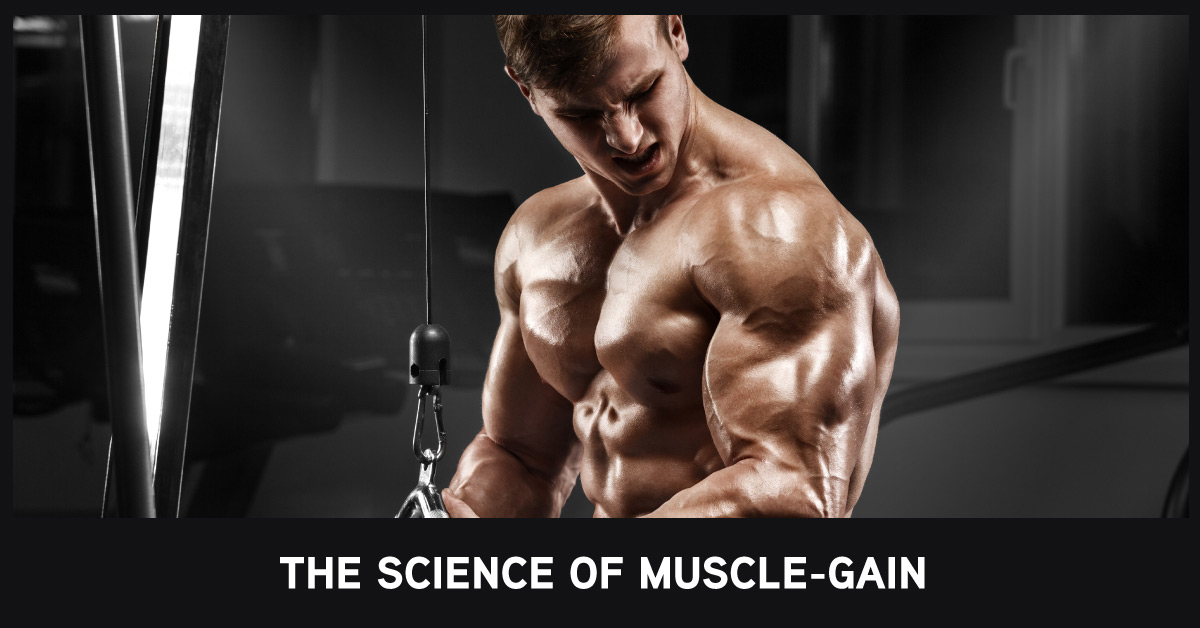 From the moment you step into the world of health-and-fitness, you are inundated with magazine covers and internet ads that promise transformations in as little as four weeks.

If you’re a woman, those ads are filled with terms like “toning” and “sculpting” that imply you should gain some (but not too much) muscle.

If you’re a man, they string pictures of chiseled frames before you in check-out aisles and bodybuilding forums, imploring you to get “ripped,” “jacked,” and “massive” by trying this workout or that supplement.

Either way, promises are overblown, and what they’re really selling tends not to be physiques.

Sure, some of those claims are less far-fetched when you include anabolic steroids (like exogenous testosterone, growth hormone, etc.); but this article is concerned with the rest of us: the drug-free lifters looking to put on more muscle the “natural” way.

Reality check: even the fastest gainers shouldn’t expect huge changes in a few weeks. To really understand the rates of muscle-growth, how they change over time, and whether they’re carved in stone, we need to talk a bit about the science of hypertrophy. Knowing the path ahead of you will allow you to set realistic goals and take full advantage of whatever part of that journey you are on.

“Hypertrophy”—a term you will see used as a stand-in for “muscle-growth”—simply means an increase in cellular size. In the world of fitness, nutrition, and body composition, it usually refers to an increase in the cross-sectional area of muscle tissue. A common misconception is that “growing” muscle means adding more individual muscle fibers—a distinct process (called “hyperplasia”) that doesn’t seem to occur in humans [1].

Instead, muscles get bigger when one (or both) of two things happen:

When the muscle fiber creates more myofibrils (the contracting-and-relaxing “pistons” of muscular action)
When the fiber’s sarcoplasm (the liquid surrounding its myofibrils) increases in volume.

Some will say that this distinction between myofibrillar (actual gain of muscle protein) and sarcoplasmic (gain of fluid around the muscle protein) hypertrophy is important, that the type of resistance training you do dictates which way your muscles will grow. Bodybuilding lore will circulate the idea that higher reps and lower weights cause more sarcoplasmic hypertrophy, while heavier weights with lower reps yield greater myofibrillar changes; but there isn’t much science that supports that claim.

If different styles of training change the “style” of hypertrophy, it doesn’t seem to happen faster or slower with different rep ranges. What we know for sure is that a variety of intensities and rep-ranges can cause significant muscle-growth [2], and you’re better off ignoring the myofibrillar vs. sarcoplasmic debate and not getting caught in the theoretical weeds.

Two things will have both acute and long-term effects on the size of your muscles:

The fastest changes aren’t really muscular gains: a pump from a workout, though it may look impressive, is just transient swelling; creatine and high-carb days will help store energy (substrates like phosphates and glycogen) in muscle tissue, but the gains are mostly water. The changes you’re after are long-term gains (longer than days or weeks): consistent, progressive resistance training and a positive nitrogen balance (meaning your body has extra protein to spend on your muscles) will slowly stimulate growth over time. The question is: How slowly?

Speed Limits: How Fast You Can Build Muscle

You can probably guess this next disclaimer: it depends on a few factors. Your age, your training age (how long you’ve been actively resistance-training), and your genetics are the big players here. And of course, we’re assuming you’re not on anabolic steroids, which would change the following numbers significantly [3].

Caveats aside, we do have a solid understanding of how much—and how fast—a typical beginner will grow muscle on a resistance training program.

That’s a little scientific, so let’s break it down.

That range came mostly from the difference between the rates of lower-body growth (0.13-0.14% per day for the quadriceps) and faster upper-body growth (0.20% per day in the biceps). But we’re still talking about a vague “increase in cross-sectional area per day.” If you’re watching for bigger muscles in the mirror, you’re not going to see a day-to-day difference. Instead, a relative beginner might assess changes from week-to-week, or better yet, month-to-month. Without access to advanced, expensive, calibrated body-composition equipment, you’ll probably be tracking progress on the scale where you should aim for a gain of 1 to 4 pounds per month, with an average around 2 pounds per month.

It’s not uncommon for studies to find outliers far on either side of that range: some people will gain significantly more (double or more) than 4 pounds in a few weeks, while others will actually lose muscle from the beginning of a study’s intervention to the end. But most people should aim for 1-2 pounds per month as a reasonable goal, for about the first 6 months of training. 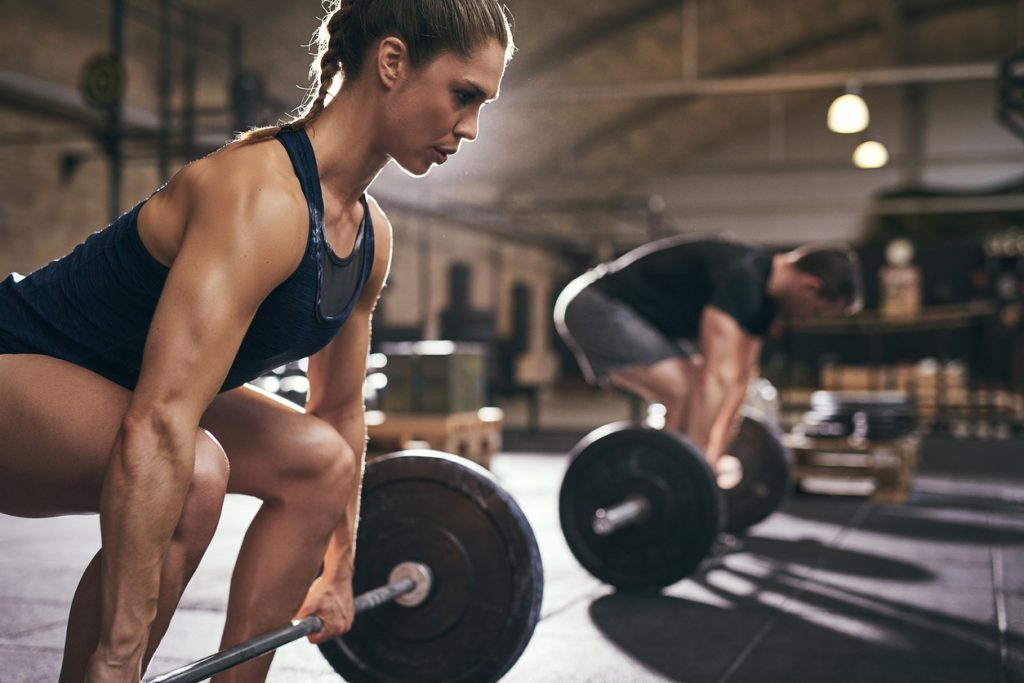 What about the difference between men and women? I’ll bet you’ve heard that men gain muscle faster and more easily than women, maybe because men have more testosterone, have larger bones, or are “just built for it.” But that simply isn’t true. Many studies have shown that, while men do tend to start training with more muscle, the relative amount of hypertrophy between men and women is the same and happens at the same rate [5].

Remember how the lower-body growth rate had a range from 0.13% to 0.14% per day? The first was the rate of gain for men, while the latter was for women—nearly identical, with the female subjects gaining muscle slightly faster! In the gym, the reality is that there are no excuses or supremacy for either side.

First Hare, Then Tortoise: Why Hypertrophy Slows Down

So far, the rates we’ve discussed concern the relatively new lifter, not intermediate or advanced trainees. Just like how the natural rate of muscle you can gain right now depends on your training age, biological age, and genetics so does the change in how fast you will continue to build muscle over time. Invariably, drug-free lifters will see the fastest improvements in the first few months (or maybe the first year) of their careers in the gym.

Exactly why rates of muscle-growth slow down over time is not well-studied. One obvious variable is biological age: As adults get older, their capacity to build muscle tissue can change—eventually for the worse—with significant differences are seen at advanced ages (60 and older) when compared to 20- and 30-somethings [6]. That shouldn’t come as much of a surprise. Many factors can contribute to age-related decrements, including the fact that naturally-produced anabolic hormones decrease as we age [7]. But that doesn’t explain the sudden decrease in hypertrophy from the first few months of training to the second year and onward.

As resistance training studies increase in length from several weeks to six months, there is a downward slope in the rate of hypertrophy, implying that the fastest growth does indeed occur in the early stages of training [4]. It’s often touted by trainers, coaches, and researchers that that “training age” caps off the speed you can build strength and muscle, but it’s not well-studied—exercise science research simply doesn’t last long enough to show what two years of training means for the rates of muscle growth.

It might be that your body becomes more and more resistant to hypertrophy as it approaches its genetic potential for carrying muscle—something likely determined by the size and density of your skeleton [8].

Perhaps it is because, as we steadily adapt to resistance training, a greater stimulus (more volume, more work) is needed to build size. At present, we don’t have all the answers, but you can expect that, if you started by gaining 4 pounds of muscle each month, you will reach a point (probably within the first year) where 1 pound per month will be a win.

Critical Massing: How to Optimize the Rate of Muscle-Growth

Take two things with you from reading this:

Based off of these numbers, set realistic goals for muscle-growth; second, stick to a plan that will get you there.

There are a lot of factors that contribute to optimal hypertrophy. If you want to read more about how to create that plan, check out: The Complete Guide to Muscle Gain Programming: Part 1 and Part 2.

For now, here’s a starter-kit: