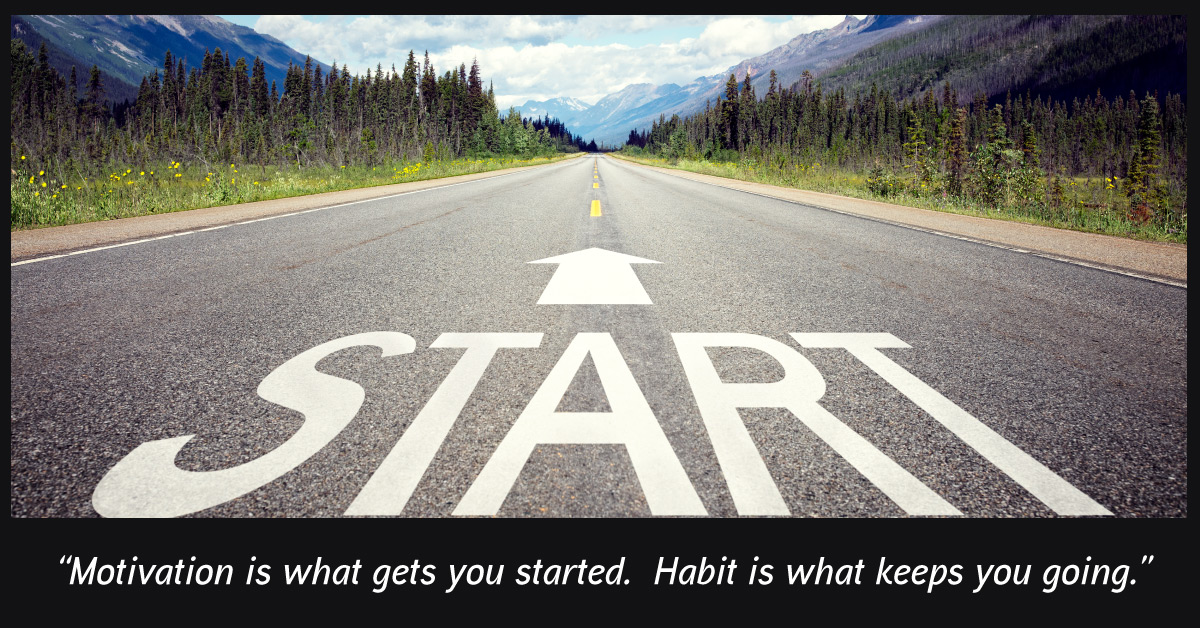 How many of you wake up in the morning, hit the snooze button at least once, and then 9 minutes later, get up blurry-eyed, heading straight to the bathroom, after which, you wash, and then proceed to the kitchen to get the coffee pot started? 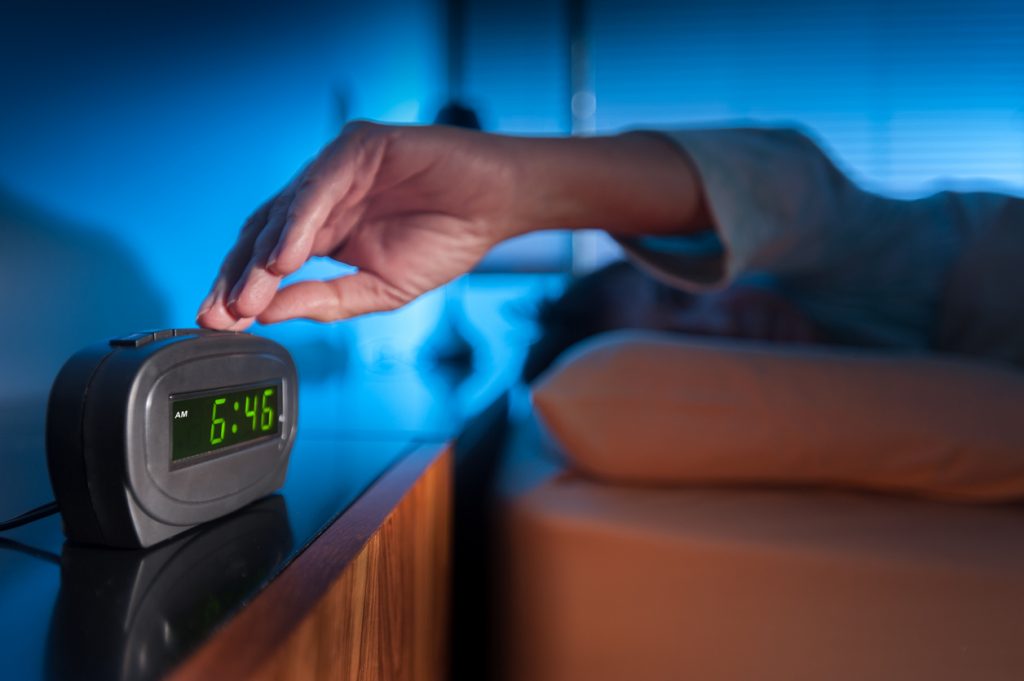 This scene happens day after day.  You could even do it blindfolded.

Did you ever stop and think why?

I am sure you have heard the following quote from Will Durant:

“We are what we repeatedly do.  Excellence, therefore is not an act, but a habit.”

(It is often misattributed to Aristotle.  The quote is a summation of Aristotle statement on man’s actions and it is found in Durant’s work, The Story of Philosophy: The Lives and Opinions of the World’s Greatest Philosophers.)

The opposite also applies.  Our habits can also lead to mediocrity and our downfall. How many of you have knowingly practiced doing, thinking, and acting a certain way?

We have practiced certain mannerisms and actions for so long they have become habitual. Think of a smoker who has a cigarette immediately after lunch and has done so for the last 20 years.  He or she probably doesn’t even think twice when lighting up.

Think of yourself behind the wheel when you get into your car.  You don’t say to yourself, “Ok, I’ll buckle my safety belt now,” before starting the engine.

That’s where you want to be with your nutrition. Adhering to your macros should eventually become habitual, because the more you automate this behavior, the more you increase the likelihood of your success.

If motivation really worked in the long haul, we probably wouldn’t have New Year’s Resolutions.  Year after year, full of vim and vigor, people of all ages embark en masse on the perennial, mostly futile exercise of setting well-intentioned goals for the coming year.  Many of these goals consist of clichéd aspirations, such as losing the last 10-20+ pounds, finally getting fit, smoking cessation, or finally putting pen to paper to write that New York Times bestseller that has been percolating in someone’s head for the last 10 years.

Sadly, the “gung-hoers” are picked off one by one, week after week, and by the end of say- two months, their goals have once again shifted to the back-burner of their minds, only to be revisited when the feeling of “motivation” strikes them again, maybe in the form of bathing suit weather, an upcoming birthday, or a high school reunion.

If asked, many people offer one, or more, of the following excuses:

What people often fail to realize, is that feeling of motivation is finite.  Much like those hot romantic feelings that go with budding relationships, motivation eventually wanes and calms down.  That enthusiasm, in the beginning, won’t always be there and will usually return sporadically.  So, to rely on motivation to get you going, especially during the times when you are most tired or stressed, is setting you up for failure and disappointment.

Focus on Successful Habits Instead

“Motivation is what gets you started.  Habit is what keeps you going.” ~ Jim Rohn

To form a positive habit:

This fantastic concept was introduced to me a couple of years go in Stephen Guise’s gem of a book, ‘Mini Habits: Smaller Habit, Bigger Results’, and it’s what finally got me to floss my teeth on a regular basis.  Even after I had two painful and costly periodontal (gum) scaling on two separate occasions, it still wasn’t enough to get me to put that waxy string between my chompers.  I would be all over it for maybe a week or two, and then I would get lazy and forget about it. 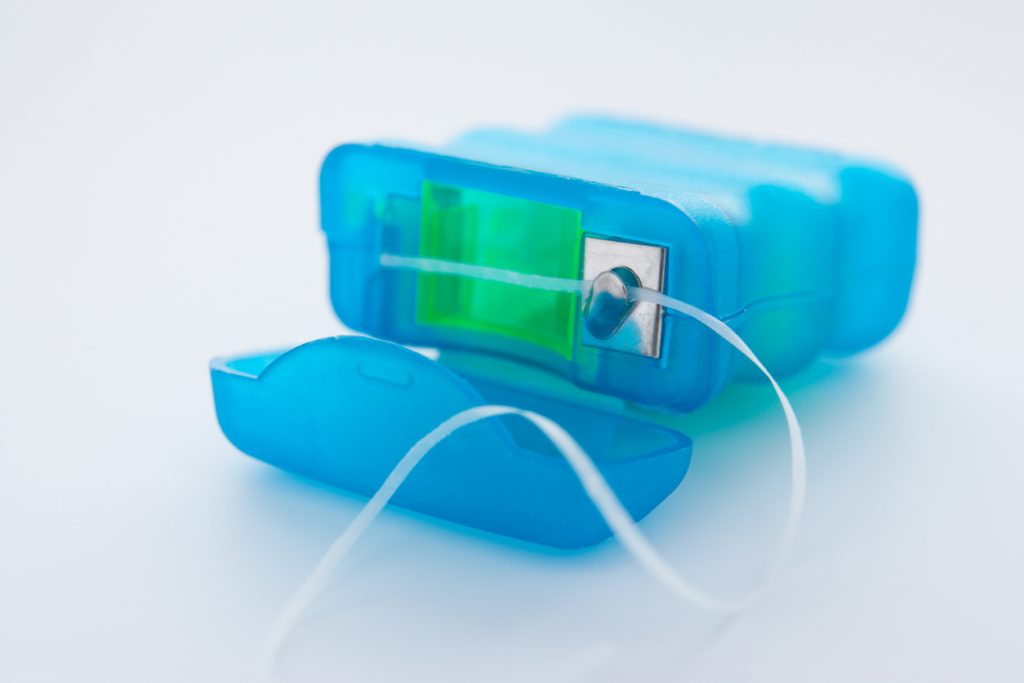 However, this mini habit is what did the trick:  Every evening, floss only two teeth.

Yup, that was it.

As ridiculous as it sounds, it got me flossing every evening because I figured since I was already flossing two, why not floss the rest of them.  To this day, I don’t even think twice about it.  The practice has become habitual.

With clients, who have a hard time sticking with an exercise plan, I suggest for them to start small and with an achievable number.  This ensures two things.

The key thing is that the new behavior must be consistent and repeated over a period of time, longer than the supposed 21-days-to-form-a-habit line that is often dished around.  According to research conducted by University College of London 2009 and published in the European Journal of Psychology (2010), it takes an average of 66 days for a new habit to form [1].

Sometimes You Just Have to Act

We all have days when we just don’t want to do jack-sh%t.  These are the days when you must dig deep and muster the energy to do what needs to be done. I have a suggestion for that, too.

Just start doing the thing you don’t feel like doing.

I am serious – it works!

There are days when I don’t feel like going to the gym, but I tell myself, “Do at least 15 minutes of weights or cardio.”  Once at the gym, it’s like my mind and my body figure I’m already in there working out why not keep going.  45-60 minutes later, I’ve nailed my workout like nobody’s business.

I don’t feel like writing so I get on my keyboard and tell myself, “Just type one paragraph.”  A page or so later, I feel like I’m on my way to writing a New York Times bestseller (ok, I would not go that far, but I do feel pretty good myself).

There is something to “acting your way to success.”

Start with changing behaviors, not mindsets. It is much easier to ‘act your way into new thinking’ than to ‘think your way into new actions.’ Recurring and consistent performance results from behavior change will lead to lasting changes in the way people feel, think, and believe in the long run. ~ Jon Katzenbach

Habits do not change overnight.  They take time, but when they do change, motivation doesn’t hold a candle to them.