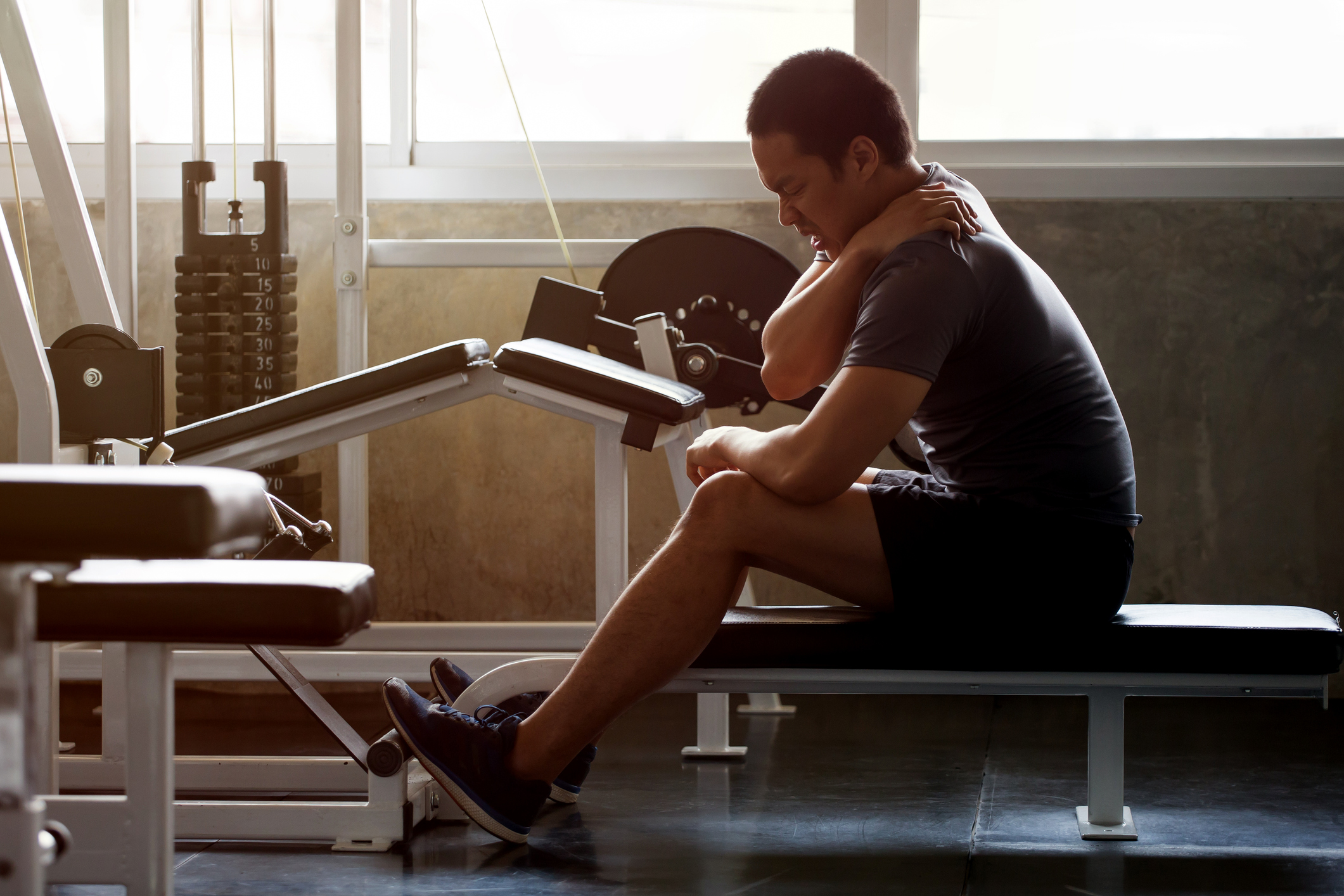 The prize for consistently going to the gym and training with a plan and a purpose is often a trophy – it could be in bodybuilding, powerlifting, or any other number of sports. The prize for consistently not going to the gym is atrophy. Winning a trophy is a great feeling, experiencing atrophy is a terrible one. However, if you’re dealing with an injury, hectic life circumstances, or global gym closures all hope is not lost.

There’s a few things that you need to know about what happens to your hard earned muscles when life throws you a curveball, and what you need to do and can expect to see when working to get them back.

If you don’t use it, you lose it

The above statement falls squarely into the category of, “Sad, but true.” Though rates of muscle atrophy differ greatly between complete immobilization and a general reduction in activity, to give you an idea of the rate at which you can expect to see losses in lean body mass, we can take a look at research conducted by Tim Snijders et. all in the Journal of Clinical Science. [1] In this research, a group of healthy young males had one leg completely immobilized by a hard cast, and muscle measurements and biopsies were taken to establish a baseline of cross sectional muscle area, or “CMA”, and the amount of muscle satellite cell content.

After 14 days of being completely immobilized, the plaster casts were removed and the immobilized legs were measured and biopsied to see what kind of atrophy had taken place; the results are likely going to be perceived as “terrifying” to anyone who has spent a significant amount of time and effort working to build up lean body mass.

On average, the CMA of the participants’ thighs had decreased by 7.5% +/- 1.3% which translated to about a 350g drop in lean muscle mass in the immobilized leg. Fortunately the leg which wasn’t immobilized, the control leg, experienced no significant reduction in CMA or mass during the 2 week period.

So what’s the takeaway?

If you’re not able to carry on with your typical training routines, it’s best to stay as active as you can given your circumstances – this will help slow down the rate of muscle atrophy, which if completely sedentary, can come on at alarming rates.

The role of satellite cells

The first question you may be asking yourself is, “What pray tell, is a satellite cell?” It’s a great question – and if you appreciate goofy rhymes and archaic language, a perfectly phrased one. For those reading this who aren’t unabashed nerds, we’ll give the answer in simpler terms:

A satellite cell is also known as a “muscle stem cell” and is a tiny type of cell that lives between your muscle fibers (between the basement membrane and sarcolemma if you want to get technical) – it is a “multipotent” precursor to skeletal muscle cells, which means that it can effectively morph into whatever kind of muscle cell your body needs it to be. It lays there dormant until you need it to jump into action, and it plays a big role in helping you recover from all sorts of injuries or periods of atrophy that your muscles can experience.

The way that these satellite cells are activated is primarily through any kind of mechanical strain on the muscles – of course the most familiar type we can associate with is working out, but even something as simple as going back to pre-atrophy levels of movement can cause the satellite cells to activate, and begin the process of restoring your hard earned progress. Once those satellite cells are activated, they start transforming en-mass into skeletal myoblasts (the embryonic precursors of muscle cells) and then differentiate into the specific fiber types your body minimized during the period of atrophy.

“Muscle memory” is real, and will help you gain back what you lost faster than you think

Muscle memory is an interesting phrase because it has a bit of a double meaning. In one context, muscle memory is the ability to reproduce a particular movement without conscious thought, acquired as a result of frequent repetition of that movement. This could be learning how to swing a golf club, play an instrument, or even how to type on your keyboard.

In the world of fitness and building muscle, “muscle memory” refers to the ability of your body to rapidly regain strength and lean body mass after losing it. The participants in the study who had one of their legs completely immobilized for two weeks in a hard cast went back to their normal lives and routines, and amazingly within 6 weeks of natural rehabilitation, their CMA in the immobilized and atrophied leg had completely gone away and they had returned to baseline levels. [1]

This is great news if you’ve experienced inactivity related loss of lean body mass recently, a 7.5% reduction in lean body mass translate to several pounds of muscular reduction in most people which is likely going to be at the higher end of what you could expect to lose following an extended period (1-2 months) of sedentary lifestyle. Six weeks of a return to normal activity kicked the “muscle memory” function of the satellite cells into action, and returned the test subjects back to their baseline pre-atrophy levels of CMA. What does this mean for you? About a month or two of consistently returning to your routine will likely bring you back to right around where you were before the atrophy started to set in.

Ease your way back into your routine, and before you know it you’ll be right back where you were.

If you’ve ever experienced a major injury or setback that took you out of your normal routine for a while, you’ll be familiar with the humbling experience those first few weeks of getting back to the gym can be. It’s hard enough seeing the muscle atrophy in the mirror, and even harder when compounded by the fact that weights you may have been warming up with months prior now feel unusually heavy. Rest assured, this is only temporary, and as long as you keep coming back, your hard earned progress will come back too.