The Secrets of Fat Loss 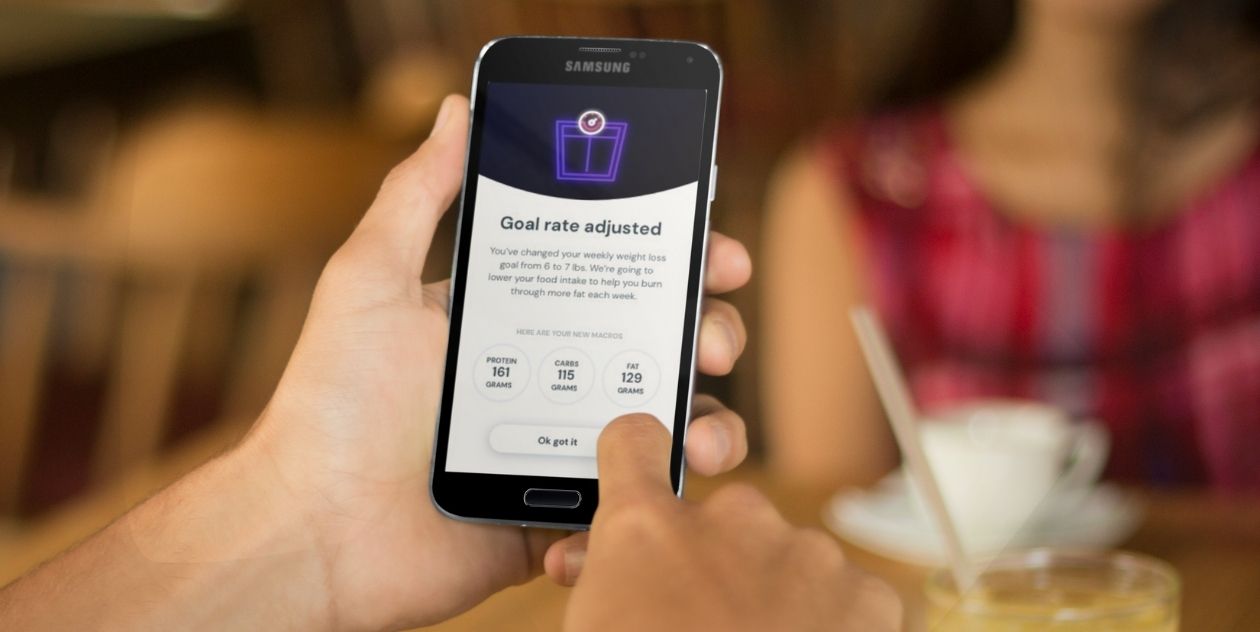 I’m going to let you in on a little secret: fat loss is rarely linear.

What does this mean for you?

It means that your fat loss journey is going to look and feel much more like a swashbuckling “sails and cannon” era trip across the ocean than a first-class Emirates flight.

If you’ve decided to embark on this journey of improving your health and body composition, there’s more than likely going to be a few storms that come along to rock your boat. In weight loss, you’re likely to encounter things like an unexpected cake at the office, or a night out with friends – things that throw you off. Fortunately, mornings where the scale doesn’t do what you’re expecting it to are going to cause a lot less harm than an angry Kraken.

So when you’ve been hitting your macros, and you see the scale go UP on weigh in day, don’t “abandon ship” and cry out into the skies that all is lost, take a step back and look at what may have caused the fluctuation, and what you can DO about it!

There’s really four main categories of things that can cause weight fluctuation while on a fat loss diet:

The first two are pretty straightforward (changes in your net energy consumption) and easy to identify – for example, let’s say that you’re an active amateur athlete and play in a recreational city basketball league, but you pull a hamstring and end up missing a couple of practices, workouts, and a game on the weekend.

In this situation, it’s clear to see how your energy expenditure would go down, and if your intake remained the same, it’s likely that the deficit you were in would turn into a surplus. As a result, you would see either a sharp decline in the rate of weight loss or even a little gain. If it’s only a week, most of the weight you see coming on is just glycogen (stored carbohydrate energy) stores and the water associated with them being replenished. So no need to be terribly concerned here, one check-in with the Avatar Nutrition system will detect the change in actual expenditure and adjust accordingly.

The same goes for change in intake – if your activity levels stay the same, and you find yourself eating like it’s your last day on earth, your going to blow past what your ideal intake for fat loss is and end up gaining weight back. In some circumstances, this could be considered a “binge”, and in other circumstances, you are simply finding yourself in a spot where you mindlessly blew over your targets because you either underestimated the macros of something or you just “stopped caring” for a day or two. (this is also why “cheat days” are a terrible idea, a couple days of mindlessly overeating will easily wash out the deficit you fought so hard to achieve earlier in the week.)

These are mostly related to fluid retention, which can make the scale go up even when you’ve been successfully hitting your deficit targets.

Meals that are high in sodium can lead to fluid retention, this is because your body tries to keep a constant ratio of water to sodium in your system. So, if sodium levels are increased, hormones that tell your body to hold onto fluid are released – thus causing fluid weight to increase.

Long term exposure to stressful circumstances can cause the release of the stress hormone cortisol, which is directly linked to fluid retention and water weight. So if you’re stressed out, even with calories out exceeding calories in, your weight might go up on the scale!

Lack of sleep is another contributing factor for placing stress on the body, and as such is linked to higher cortisol levels and the resulting increase in water weight.

Other Factors Related To Fat Loss

Another important thing to consider is the way that your intake is structured throughout the week – if you’re doing “refeed” days, or using a setting like high/low days on Avatar, planning a higher carb day the day before a weigh-in can cause your weight to jump up the next morning. This is because with a day where you have a higher carb intake if you’re going into a large caloric surplus, the glycogen stores inside of your body are being replenished. The glycogen in your body is bound to water, and the combination of glycogen and the water bound to it, of course, carries weight, which will show up on the scale.

As a side note, when you first go on a diet and energy out exceeds energy in, your body will burn through your stored glycogen and the water that was bound to it is excreted. This is why people usually drop weight at a rapid pace when they first cut back on carbs!

There’s a lot of factors that come into play with weight going up or down on the scale during a period of fat loss; fortunately, the more understanding you have of these factors, the better you are going to be at manipulating the variables to your advantage, and ultimately getting where you want to go in spite of the inevitable setbacks!

If you were to only look at the individual data points, in the case of fat loss the week to week comparison of progress, any time the line trended up you would have every right to be panicked and furious. However, when you take a few steps back and look at things from a long-term perspective, you can start to see the trend that shows you’re overall going in the direction that you want to, and even though there are bumps in the road, you’re getting closer and closer to your dream destination.

Everything comes down to averages, if you were to hop on the scale every hour on the hour throughout the day, you would notice that your weight fluctuates wildly – it could go up and down as much as 5 pounds per day easily! This is one reason why it’s so important to be consistent with the time of day that you weigh yourself. If you log a weigh in one week first thing in the morning, and then the next week right before bed, you are not accurately representing the changes that are happening in your body. You MUST (for the purposes of having adjustments in response to your progress) weigh yourself at the same time, under the same conditions each week. We recommend weighing yourself on check in day first thing in the morning, immediately after you get out of bed and use the restroom, and before consuming any fluids or food. This means you’ll be logging a weight within a few minutes of your alarm clock going off.

Now when it comes to trends, the longer you spread out the timeframe, the less extreme fluctuations are going to be, but still, you are more than likely going to see them. As mentioned earlier, these could be from things that cause fluid retention or changes in your energy balance, or you could simply be at a point where the need for an adjustment is in place, and you’re due for a caloric reduction to keep the process going.

If you find yourself to be a person whose weight fluctuates significantly no matter what you do, it could be a good idea to take weekly averages and use those. This means weighing yourself every morning throughout the week, at the same time under the same conditions, and then adding up all of those weights and dividing by 7 to create a weekly weight average. You would then do the same thing for the next week, and when the time comes for an adjustment, you would compare the averages of each week in totality to minimize the effects of daily fluctuations. We actually build out an average weight feature in the AVATAR SYSTEM that does this, so if you’re an Avatar user you can just plug your weight into the daily weights feature and the averages and weekly average comparisons will be done for you.

We can’t emphasize enough how important it is to be consistent with the way that you collect data, be it when and how you weigh yourself in the morning, or the way that you’re estimating portions when tracking macros. Consistency of measure tends to wash out inaccuracies in the way that you measure over time, and this is one of many elements that make flexible dieting truly flexible.

In my own recent experience with fat loss, there have been multiple weeks where my weight went up even though I was hitting my targets!

This is all part of the normal process, and when following the adjustments we can see that my progress ultimately has trended exactly where I wanted it to be. It’s easy to get frustrated and quit the moment something doesn’t go as expected, especially when you’ve been working hard and really trying, but if you can take those critical steps back to “not lose sight of the forest for the trees”, you’ll easily be able to course-correct and get back on track to accomplishing what you set out to.

It’s also very important to take progress photos along the way (ideally in the same lighting with the same angles) so that you can appreciate the real progress you made on days when you check-in and the scale didn’t do what you wanted it to. The more objective information you have at your fingertips, the better equipped you are to be in full control of your circumstances.

It’s very rare that weight loss looks like a nice, smooth downward sloping ramp – more often than not it’s going to look like a stock market graph. Jumping up and down all over the place, but ultimately trending in a definite direction over time!

So if you hit your fat loss macros, and saw your weight increase, think back about all the things that could have possibly led to that result, and the moment you distinguish what happened – you’ve given yourself the power of choice in terms of how you can approach the situation!

Fluctuations are a normal part of the process, just accept them for what they are when they do take place, scream your frustration into a pillow if you have to, and dust yourself off as you get right back on the path to your results.