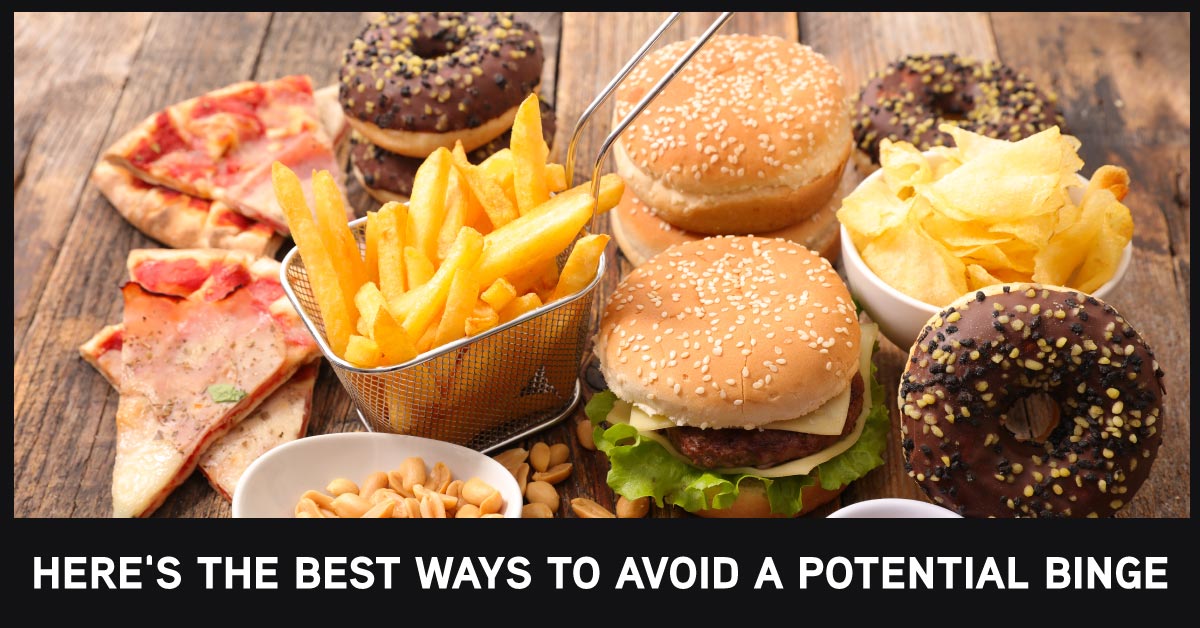 You might think that binge eating is something that only affects those with diagnosed eating disorders, but you would be wrong.

“a serious eating disorder in which you frequently consume unusually large amounts of food and feel unable to stop eating.”

Almost everyone overeats on occasion, such as having seconds or thirds of a holiday meal. But for some people, excessive overeating that feels out of control and becomes a regular occurrence crosses the line to binge-eating disorder.

While there are different severities of binge eating, it’s not uncommon for those in the dieting world to engage in periods of massive overeating followed by feelings of guilt. For instance, take weekly cheat meals. Having a weekly cheat meal often begins innocently enough. You intend to indulge just slightly, but after getting a little taste of the foods you’ve been restricting all week long, you end up shoveling down food until you’re stuffed or sick. This would be considered binge eating.

Most dieters will suffer from this at some point, and it’s incredibly difficult to break the cycle. Fortunately though, it can be tackled. Like anything, it takes time, and if you suffer from a diagnosed eating disorder, then that’s something you should see a specialist about.

But if you’re simply finding it challenging to beat the urge to binge when out for a meal or sitting on the couch watching TV in the evenings, then this article is for you. It’s broken down into six steps, so you can use one, all, or a combination to help combat your urges.

1. First Up, Be Flexible

Binge eating can affect anyone on any type of diet, but research points to it being far less problematic for flexible dieters. Studies from the Appetite Journal concluded that –

“The strongest canonical correlation (r=0.65) was the relationship between flexible dieting and the absence of overeating” [2]

The reason being is what could be referred to as “the naughty child syndrome.” Imagine a kid is playing happily with one of his toys, and you tell him he can’t have another toy that’s on the other side of the room. Up until then, he’s had no interest whatsoever in the banned item, but now he wants it more than anything. He protests, throws a tantrum, and kicks and screams until he has it.

The same thing can happen with dieting. If we have no food restrictions, we won’t really crave things like bread, pasta, and cereals. All of a sudden, once we tell ourselves we can’t have these, the urge to eat them becomes overwhelming as desires and cravings take hold. Start eating, and you’re almost guaranteed to binge.

By letting yourself have these foods if they fit your macros, the cravings lose their power. You may find that you really don’t want them, and when you do have them, you can stop at just a small taste.

The more often you diet, the more likely you are to binge.

The research tells us that people who diet regularly with weight loss or weight control in mind demonstrate much higher tendencies toward disordered eating [4-6].

This is why you shouldn’t try to diet forever, or alternatively, live at the buffet after your diet ends. Instead, it’s crucial to have a timeframe in place to reach your goal weight or physique, and also a plan once you get there. To keep your ideal body and a healthy relationship with food, you will need to incorporate a maintenance phase, or a slow, steady reverse.

Don’t just do the typical weight loss thing and start eating in excess to make up for the deprivation you suffered while dieting down. If you dieted down flexibly and sensibly, this shouldn’t be as much of an issue. But even the smartest of dieters can be prone to doing stupid things, like over-eating at the end of a diet or competition.

Re-feed days involve eating a higher amount of carbohydrate and calories. The reasons for this are twofold.

Firstly, dieting can cause drops in the hormones that regulate your metabolism, and extra carbs and calories may aid in preventing this. 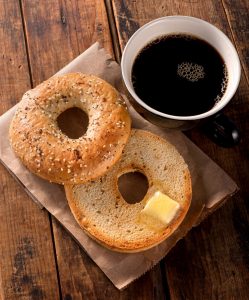 Secondly, high-carb and calorie days can act as a welcome mental break from dieting, allowing you to eat more of the foods you love while still staying in a weekly calorie deficit! I mean, let’s face it—as much as flexible dieting is about not having any banned foods, if your daily carb target is only 125 grams, odds are you’re not going to be eating a whole lot of calorie-dense, carb-heavy treats. But a re-feed target of 200 grams of carbs will give you a heck of a lot more leeway to spend 70 grams on a bagel with jelly or a couple of Pop Tarts.

Fortunately, the re-feed or high carb day(s) feature is available to all Avatar Nutrition users for any goal except reverse dieting. Simply select the high/low feature at goal set up or weigh-in, choose the number of high carb and calorie days you would like, and adjust the slider to set the magnitude of the carb increase. It’s as easy as that and you’re good to go!

We’re all guilty of mindless eating, whether that’s picking at food while at work, snacking in front of the TV, or simply not savoring and enjoying what we’re eating.

This lack of awareness while eating can easily override feelings of fullness, leading to an accidental binge. Aim to eat every meal at a table with family, and take your time over it, enjoying the taste.

It’s easy to mock diets that revolve around boring bodybuilding staples such as chicken, tilapia, broccoli, egg whites, and sweet potato, but these may help you resist the urge to binge. 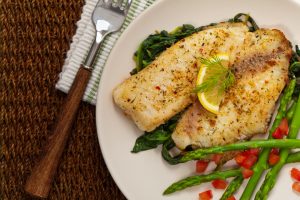 You definitely want to include foods you enjoy in your diet, but often times, eating something highly palatable in a small quantity just makes you crave it more. A slice of chocolate cake could have similar macros to a baked potato with some cheese for instance, but you would get a much larger volume of food with the potato and feel more full. The chocolate cake might taste great, but it’s unlikely you would be able to fit a large enough piece in your macros to fill you up until your next meal, which may kick off cravings.

Realizing that there’s always tomorrow can do two things to prevent a binge: (1) it reminds you that tomorrow is a new day to fit in a treat that you may not have the macros for today, and (2) it helps you practice the skill of delayed gratification.

Delayed gratification is a fancy way of saying that you put off short-term pleasures in the pursuit of a greater long-term reward. Whenever you feel like binging, just ask yourself what will feel better—over-indulging now, or that feeling of pride, accomplishment, and satisfaction you will get when you reach your goal physique?

Doing this isn’t easy, but it’s a binge eating game-changer if you can get it right.

Above all, realize that you may always feel the urge to binge to some extent, and that’s normal. What’s important is that you keep your end goal in mind and have failsafe strategies in place to beat this urge.

Tip: Remember, we are all humans. Willpower is limited and sometimes a binge will happen. Here’s what to do if it does.