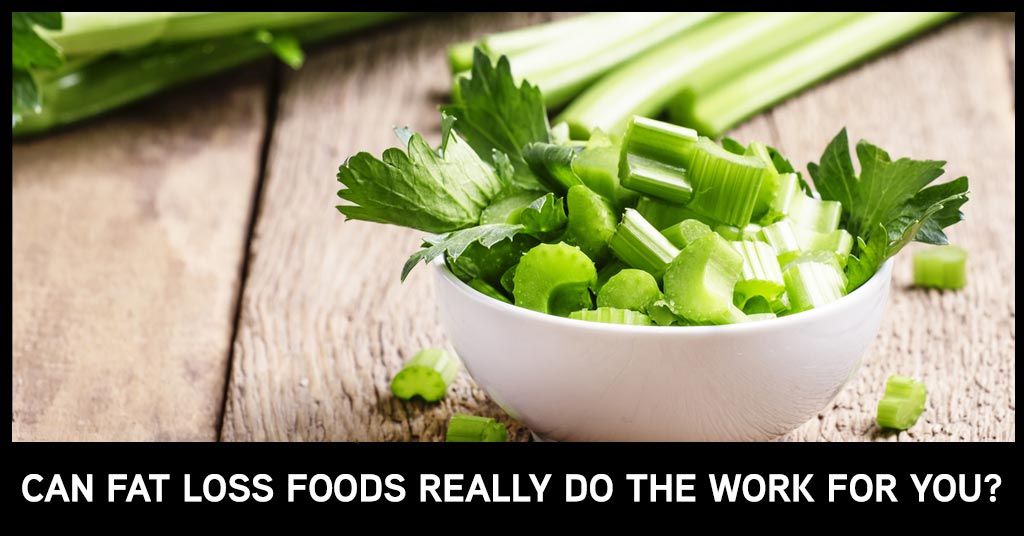 The story-world of nutrition is built on mystical fruits, sprouts, and leaves that promise fairytale endings: honey that cures allergies, berries to beat cancer, and juices of eternal youth. But perhaps none are as famous as negative-calorie foods.

You’ve seen it countless times: The “eat this to shed fat,” “top five belly-burners,” “weight-loss miracle” food. Cucumber, watermelon, lettuce, celery, carrots, kale… this unicorn goes by many names. And, just like that silver steed, it would be cool if it were real.

But it’s not. The realities (our favorite part) of nutrition and physics won’t stand for it. By the end of this article, you’ll understand the theory behind negative calorie foods, why they don’t exist, and what we can learn from the science behind them.

The Food That Eats You

Just like all good stories, this one starts with something that seems possible. The best myths always sound like science.

The energy you expend each day comes from a few different sources, including the thermic effect of food—the energy spike that comes from chewing, digesting, and using the fuel you eat. This bump in energy-burn happens after each meal, and changes depending on what and how much you eat. (More on that later.)

The negative-calorie food theory goes like this: If you select foods that are extremely low-calorie, but still boost your TEF, you can eat meals that cost more energy than they give back. Do this enough, and you’ll effectively create a deficit by eating more. You then gravitate to zucchini, watermelon, etc. because those foods are high in zero-calorie water, and what’s left is mostly low-macro mush and fiber. It does take energy to eat them, and they certainly don’t give much back. So, it makes sense that magazines shout their virtues as fat-killers and one-way-tickets to toned.

But the reality isn’t that simple.

The truth is that there are no research claims that back the theory of negative calorie foods. Eating cucumbers won’t add many calories to your day, but it adds something, and eating unlimited lettuce—besides fast-tracking you to insanity—will still bring you closer to your calorie quota.

Let’s look at where and how negative-calorie foods come up short on their promises.

First, these foods aren’t that great at increasing your TEF. They’re low-calorie and made mostly of water and carbohydrates, which means they have a small effect on your TEF. In contrast, high-protein and high-calorie meals have the largest effects on TEF, and “negative calorie” options simply don’t have that firepower [5].

What’s more, the thermic effect of food, fancy and awesome as it sounds, isn’t even a big part of the energy you burn each day. We know that it can be changed by the amount and type of food you eat, but it only makes up about 10% of your energy expenditure. Your base metabolism (all the important stuff like your heart beating and your brain reading articles) contributes about 60%, and what’s left—a big chunk—comes from your activity [1]. The impact you can make on energy burned by just moving around more each day far overshadows the benefit of focusing on increasing your TEF [4].

That’s right—the best thing a cucumber might ever do for your diet is make you walk across the store to get it.

Some negative calorie proponents might say that what they lack in extra thermic effect they make up for in fullness-inducing fiber and volume. Because things like carrots and salad greens are “high-volume” foods (they take up a lot of space in your stomach), they do score high marks for fullness. However, recent research questions how much fiber contributes to fullness [6], so they aren’t off the hook just yet. And the fact that cucumbers and celery are low-protein is another strike against them, since protein is also a powerful tool for feeling and staying full [3].

Maybe it sucks that TEF doesn’t rocket you toward your goals, but think of it this way: Your body is efficient at digesting food for a reason; if you could consistently lose weight from eating certain foods, you’d run the risk of things like malnutrition and dead-ness. So, let’s all take a moment to thank our bodies for being smarter than squashes and celeries.

By now, I hope you agree with me that negative calorie foods aren’t real. “But,” you might say, “aren’t these still good ‘diet foods’? Can’t I still lean on them to help me lose fat?” Good point! As long as you’re not swapping the forest (macros) for the trees (individual foods), you can certainly use these foods as part of a smart, calorie-focused diet.

The good thing is, you’ll walk away from this article better-armed for the next nutrition battle in two ways: first, you won’t be duped by one of the most popular diet-gimmicks out there; and second, you can glean some useful ideas from the watermelon-and-lemon-juice fanatics. Sure, we know that it’s not magic—but just like bedtime stories, there can be a moral at the end.

For instance, you know where and how to maximize your energy expenditure: not through manipulating types of food, but by exercising and moving more. And if you do want to take it to the next level by optimizing your TEF, you can make smart choices, like bigger, higher-protein meals to hit your daily macros.

You also know that you can get lots of mileage out of these high-volume foods to improve satiety and stay fuller longer, and that protein should be a big part of this plan too!

Finally, you can use high-volume, low-calorie foods to keep both hunger and calories in-check throughout the day. If you struggle to keep macros under control, then snacking on carrots or cucumbers before a meal can help limit hunger signals, and allow you to feel more satisfied after a low-calorie meal.

Knowing what foods are dense in calories vs. high in water, fiber, and volume can augment your macro-based journey, turning a myth into a useful machine. But, while it’s important to know that the equation isn’t always as simple as “more food equals more fat,” these tactics cannot supersede calories, they cannot replace macros, and they aren’t as important as energy balance.

Fairy tales are fun, but knowledge is power.