How Hidden Calories Are Sabotaging Your Diet 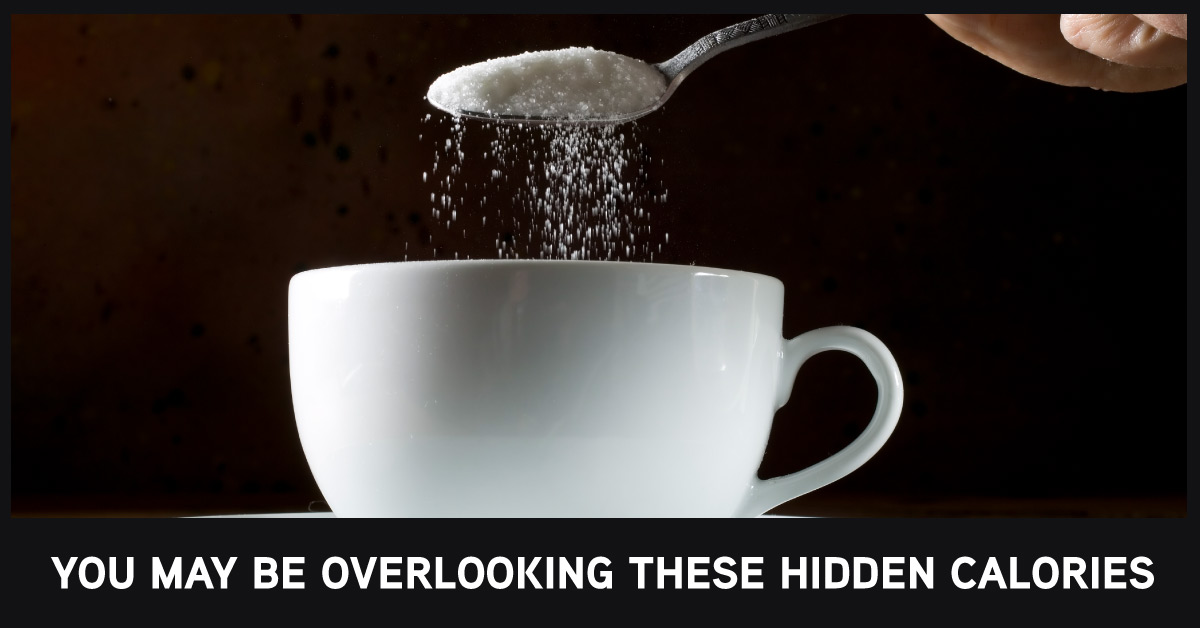 You know the ones. Where gurus proclaim that your fat loss efforts are being sabotaged by your body’s inability to process the calories in certain foods, or that junk foods are immediately stored as fat.

Don’t worry, this is not that kind of article. At Avatar Nutrition, you know we give it to you straight. All facts, no BS.

We like science, and science says that you can include any food in your diet and still get ripped as long as you hit your calorie and macronutrient targets. But when you hit a plateau and can’t seem to lose fat no matter how drastically you cut your calories, it gets seriously frustrating.

You know you’re not eating the ‘wrong’ foods, and you’re sure that you’ve been hitting your fat loss macros.

Have you ever been offered something to eat by a friend and thought, “that looks good, I’ll track it later” only to forget when you get home? Or upon reaching the day’s end with a slew of leftover macros, you decide to throw caution to the wind and eat roughly what you’ve got left?

Tip: Here’s a better way to handle those leftover macros.

Chances are, neither of these situations will make a huge difference to overall progress, but if you’ve hit a wall and you’re stumped and confused as to why you’re not progressing, then these untracked or loosely estimated calories could be the culprit.

A study from the New England Journal of Medicine found that people can under-report food intake by as much as 47% [1], meaning that what you think is 200 calories might actually be almost 300!

This is why it’s so important to log everything, and not just rely on your intuition.

You Eat Out Too Often

Eating out can (and should) be part of a flexible diet. After all, what kind of life is it if you always have to say no to friends and turn down invites to dinner?

But the thing is, there’s a lot of room for error when eating out. It’s not easy to accurately estimate calories at restaurants, and the larger and more junk-like the meal, the further off you’re likely to be [2].

You’ve got strategies you can use to help you hit your macros when eating out, such as asking for sauces and dressings on the side, picking simple dishes to make estimation easier, requesting that meats be grilled rather than fried, and looking at nutritional data on websites. But chefs can vary in how they prepare your dish, and you still don’t have total control over how your food is cooked.

The Macros are WRONG

Shock, horror! How can macros be wrong? Aren’t there laws about the information that goes on food packages?

There are, but manufacturers are sneaky and there are loopholes they can get through. Take the popular sweetener Splenda for example:

While it’s listed as calorie-free, each packet actually contains around 1 gram of carbohydrate and 5 calories! This means that if you have a couple in your morning oatmeal, one pack in every coffee you drink throughout the day, a few more in some Greek yogurt, and so on, you can rack up an extra 15 to 20 grams of carbs and close to 100 calories.

The same goes for calorie-free sauces, spray butter, sugar-free jello, and similar items. The suggested serving sizes are often so small that even though the label says ‘calorie-free,’ but the actual amount you have is closer to 15 or 20 calories. While there’s no need to ban these items, you need to realize that they do still have calories. If you eat a lot of them (as many dieters do in an attempt to combat cravings) then your calorie count will start to add up.

Coffee doesn’t need to be counted in your macros if it’s black. If not, you’ve got to count it. 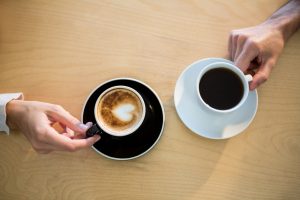 We’ll leave out coffees like cappuccinos, mochas, and frappuccinos that obviously have calories in them for the moment, but did you know your plain old coffee made at home can increase your calorie intake without you realizing it?

When you add anything to your coffee, be it milk, half-and-half, or other assorted varieties of creamer, that’s calories you’re adding in. These macros should be counted.

Sure, the calorie count in foods such as broccoli, asparagus, and cauliflower might be pretty low, but each has around 25-30 calories per cup. Just a few of those throughout the day is going to make a serious dent in your intake if you’re dieting on low macros.

The Bits That Missed the Scale

We’re all guilty of this one:

Scooping a nice, flat tablespoon of peanut butter, jelly, or spread from the jar… and then going back for just a little more without accounting for it. Hey—we’re only human, and sometimes our cravings get the better of us! Unfortunately, foods like this are typically calorie-dense, so even an extra teaspoon can make a pretty big difference.

Time to Get Super Strict?

So what are we saying? That you can never eat out? That you have to weigh your veggies to the precise gram? That you must enter every single packet of Sweet n’ Low into your tracking app?

No, not at all…unless you’ve hit a plateau.

Plateaus are going to happen during any fat loss diet, and the go-to step is generally to either reduce calories (which Avatar does for you) or add cardio so you stay in a deficit and carry on progressing.

However, if you’re already on low macros and struggling to see why your body isn’t changing in the way you want it to, the first step should be to make sure you’re being honest with yourself and not eating any hidden calories that aren’t being accounted for.

No specific food is evil or off the table, but some (such as ‘calorie-free’ spreads) can trick you into thinking you’re being 100% on your diet when in reality, you’re consuming several hundred calories more than you think every single day.

Be smart, be strict with yourself, and assess your consistency to see if you can spot any hidden calorie dieting saboteurs.